Chesterfield's Role in the Civil War

In May of 1864, Major General Benjamin F. Butler embarked 38,000 men of the Army of the James on transport ships at Yorktown. Their destination was a neck of land in Chesterfield County known as Bermuda Hundred. Butler was to land there, secure a base of operations, sever the rail link between Richmond and Petersburg, and then move on to Richmond. At the same time, Lieutenant General Ulysses S. Grant moved the Army of the Potomac across the Rapidan River west of Fredericksburg in an attempt to crush General Robert E. Lee’s Army of Northern Virginia. During the first days of May, Butler made tentative advances toward both Richmond and Petersburg, but was stopped each time by Confederate soldiers and forced to fall back each time to his defensive positions at Bermuda Hundred.

Confederate commanders General George E. Pickett and General P.G.T. Beauregard scrambled to find enough spare troops to place in Butler’s path. The open door to Richmond quickly closed as more Confederate troops rushed to Chesterfield County from other parts of Virginia, North Carolina and eastern Tennessee. The Battle of Drewry’s Bluff on May 16 halted Butler’s attempt to make a direct approach on Richmond. The May 20 Battle of Ware Bottom Church forced him back again into his defensive positions in Bermuda Hundred, and this became known as “the cork in the bottle.” The construction of Confederate fortifications and trenches known as the Howlett Line held Butler in place until Lee evacuated the position on April 2, 1865.

Despite being overshadowed by other battles in Grant’s 1864 Overland Campaign, the fighting at Bermuda Hundred played a very important role during the last year of the Civil War. When Butler landed at Bermuda Hundred, there were scarcely 6,000 Confederates guarding Richmond and Petersburg. If Butler had moved more aggressively, it is possible that he could have captured those cities and hastened the end of the war. Military historians still debate whether his campaign was a failure, or whether he was successful in carrying out his orders to set up a base of operations and Grant’s arrival. 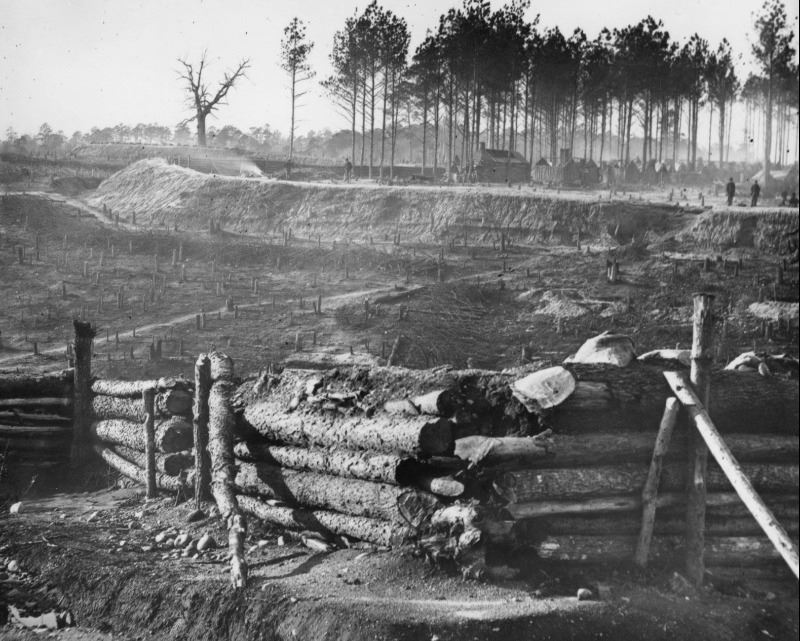 A Bermuda Hundred Campaign Tour Guide has recently been published that serves to better assist the public in learning about these sites. Copies may be purchased at Magnolia Grange Museum House and other historic sites throughout the County.

For a schedule of upcoming tours and a list of county Civil War sites visit the Chesterfield Historical Society website.