The Employee Excellence webpage recognizes those county employees who ensure that resources and services are available for our residents, businesses and guests through innovative adaptations to processes, integrating new technologies and overall committed efforts and resiliency. Many of these stories are recognized by County Administrator Dr. Joe Casey at the monthly Board of Supervisors meetings for exemplifying everyday excellence in service to the county.

This video serves as a thank you to our county employees who have modified and adapted to continue providing everyday excellence to our citizens during the COVID-19 pandemic and beyond. We stand ready to serve you!

At the Wednesday, March 10 Board of Supervisors meeting, Chesterfield County Administrator Dr. Joe Casey recognized Taiwan Everette as the recipient of the March 2021 Everyday Excellence recognition.

As a code enforcement inspector for the Department of Community Enhancement, an ordinary day for Everette consists of inspecting vehicle registration, business licenses, contractor enforcement, property maintenance and zoning enforcement.

On Thursday, December 10, 2020, however, Everette did something far beyond the ordinary for a code enforcement inspector; he helped a citizen experiencing a health crisis.

Parked on Route 288, the amber lights of his county vehicle flashing, Everette was operating a license plate reader system to find vehicle registration violations. Suddenly, a car passed by Everette, stopped about 100 yards ahead and began to reverse.

A man emerged from the car, running towards Everette’s vehicle. Thinking Everette may be a police officer, the man said he needed help—his passenger had fallen asleep and would not wake up.

Without hesitation, Everette ran to the car, where he saw an unconscious man slumped over the dashboard. Everette checked the man’s vitals, called 9-1-1 and, at the emergency operator’s direction, lifted the man from the vehicle. He began to administer CPR.

Minutes later, a state trooper arrived on scene and administered two doses of Narcan, a nasal spray used to treat narcotic overdoses in an emergency. Soon, more state officers and officers from Chesterfield County arrived, followed by first responders from Chesterfield’s Emergency Medical Services. They loaded the man into an ambulance and transported him to a hospital for further treatment.

Richard Billingsley, a Community Enhancement license inspector, has worked with Everette for 18 years. At the meeting, Billingsley said, “Taiwan’s actions on that date and his willingness to take action when others were in need reflect great credit upon himself and Chesterfield County.”

Billingsley also revealed that this type of emergency assistance is nothing new for Everette.

“Several years ago,” recounted Billingsley, “he assisted a motorist in a similar situation who had passed out and crashed his vehicle.”

“And many years ago,” Billingsley added, “Taiwan helped the police recapture a suspect who had tried to escape from the magistrate’s office.”

“I think if you asked him today,” said Billingsley, “he would tell you that he has not lost a step since his playing days.”

For more on this story, listen to the Everyday Excellence presentation during the March 10 Board of Supervisors meeting. 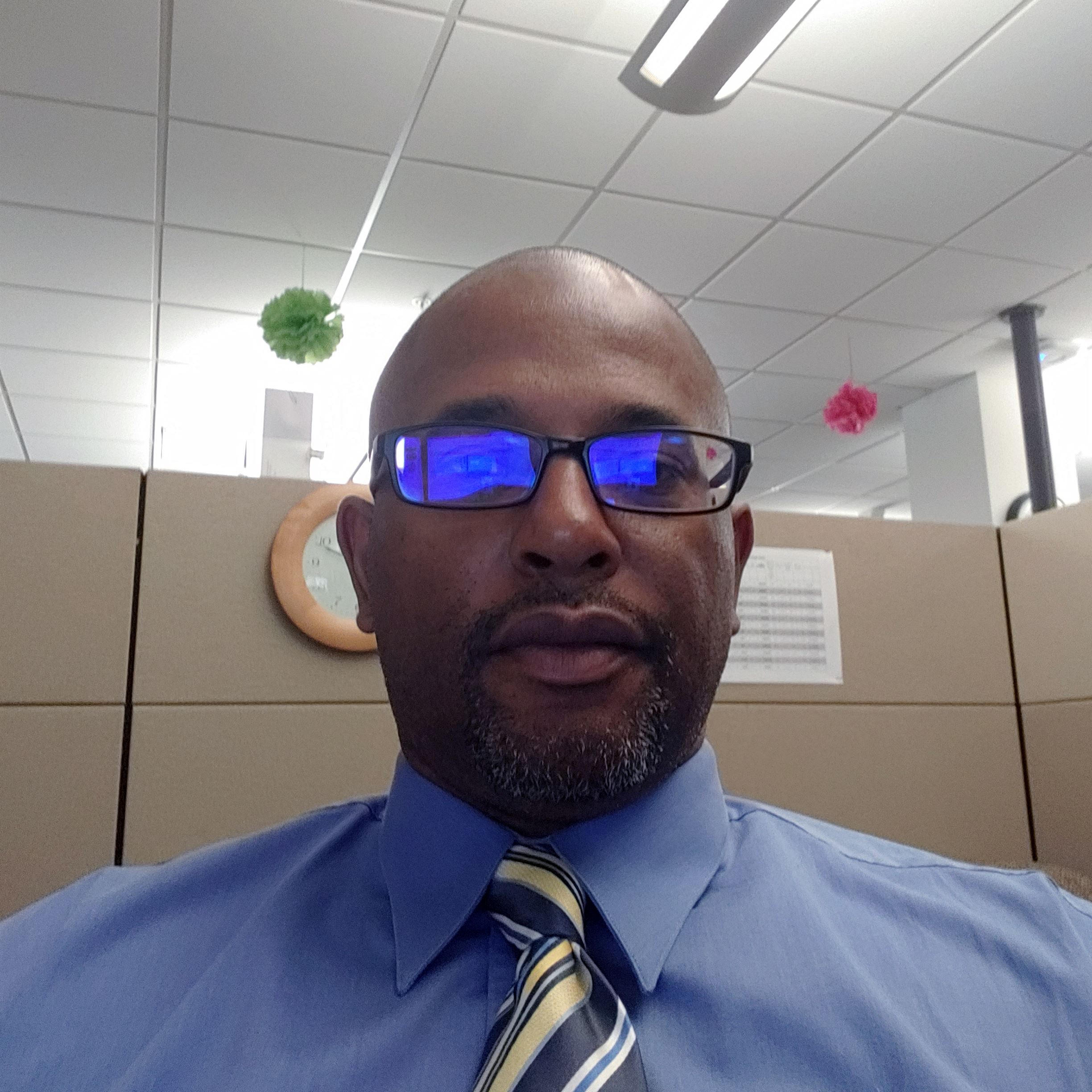 As a judicial administrative assistant, Bryant supports the work of all six judges in the Chesterfield Juvenile and Domestic Relations District Court. An employee of Chesterfield County since 2004, she was hired into her current role in 2016—and had some big shoes to fill.

However, Griffin affirmed that Bryant not only met the bar set by her predecessor—she managed to set it even higher.

“Jill’s skill set is unbelievable,” wrote Griffin. “She has automated, improved or refined every work process we have tasked her with. She sets up conferences with ease, maintains the court-appointed counsel rotation for the third largest Juvenile and Domestic Relations District Court in the commonwealth and coordinates the driver’s license ceremonies for every youth in Chesterfield County.”

At the meeting, Supervisor Leslie Haley (Midlothian District) noted that, despite regularly facing difficult questions and situations in her role, “Jill manages to never lose her patience, her professionalism and adequately deal with these things very timely. So I have to add my kudos to that.”

In accepting the Everyday Excellence recognition, Bryant acknowledged the commitment of her coworkers. “I am also very blessed to work alongside such a great team of dedicated public servants who proudly serve the citizens of Chesterfield County and provide access to justice,” she said.

Bryant concluded, “I am just one of many.”

To hear more about this story, listen to the Everyday Excellence presentation from the Feb. 24 Board of Supervisors meeting. 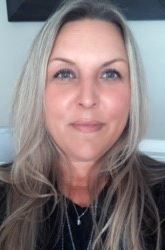 At the Board of Supervisors meeting on Wednesday, Jan. 27, County Administrator Dr. Joseph Casey recognized the Sheriff’s Office and their partners as the honorees of this month’s Everyday Excellence.

Recently, the Sheriff’s Office was presented with a unique opportunity to assist a resident in need, ultimately harnessing the power of community and intra-governmental collaboration in the process.

In November, a retired Army officer was booked in the Chesterfield County Jail but, due to medical needs, entered temporary detainment in an independent medical infirmary cell. There, he received immediate aid while many employees and partners worked to secure him the care they knew he would need in the future.

First, the man’s car had been towed after his arrest, and the Sheriff’s Office discovered it was accumulating a $50-per-day storage fee. Not wanting the bill to become insurmountably large for the man, Sheriff Karl Leonard contacted his American Legion post, a veterans’ services organization, who paid the bill and had the car towed to the man's residence.

Major Jim Pritchett worked with Chesterfield-Colonial Heights Social Services to secure an agent with power of attorney to act on behalf of the man.

Then, April Hutchison, re-entry coordinator with the Sheriff’s Office, began working with the Veterans Health Administration to garner the man a place in a long-term care facility following his release from jail. At first unsuccessful, she diligently considered Medicare-funded options and successfully arranged the man’s transfer to a local senior living facility. To expedite the transfer, Hutchison utilized the county’s mental health grant to pay for the man’s first 30 days of admission.

The man moved into the senior living facility in early January, where he is now receiving the specialized care he needs.

To read more about this story, listen to the Everyday Excellence presentation from the Jan. 27 Board of Supervisors meeting. 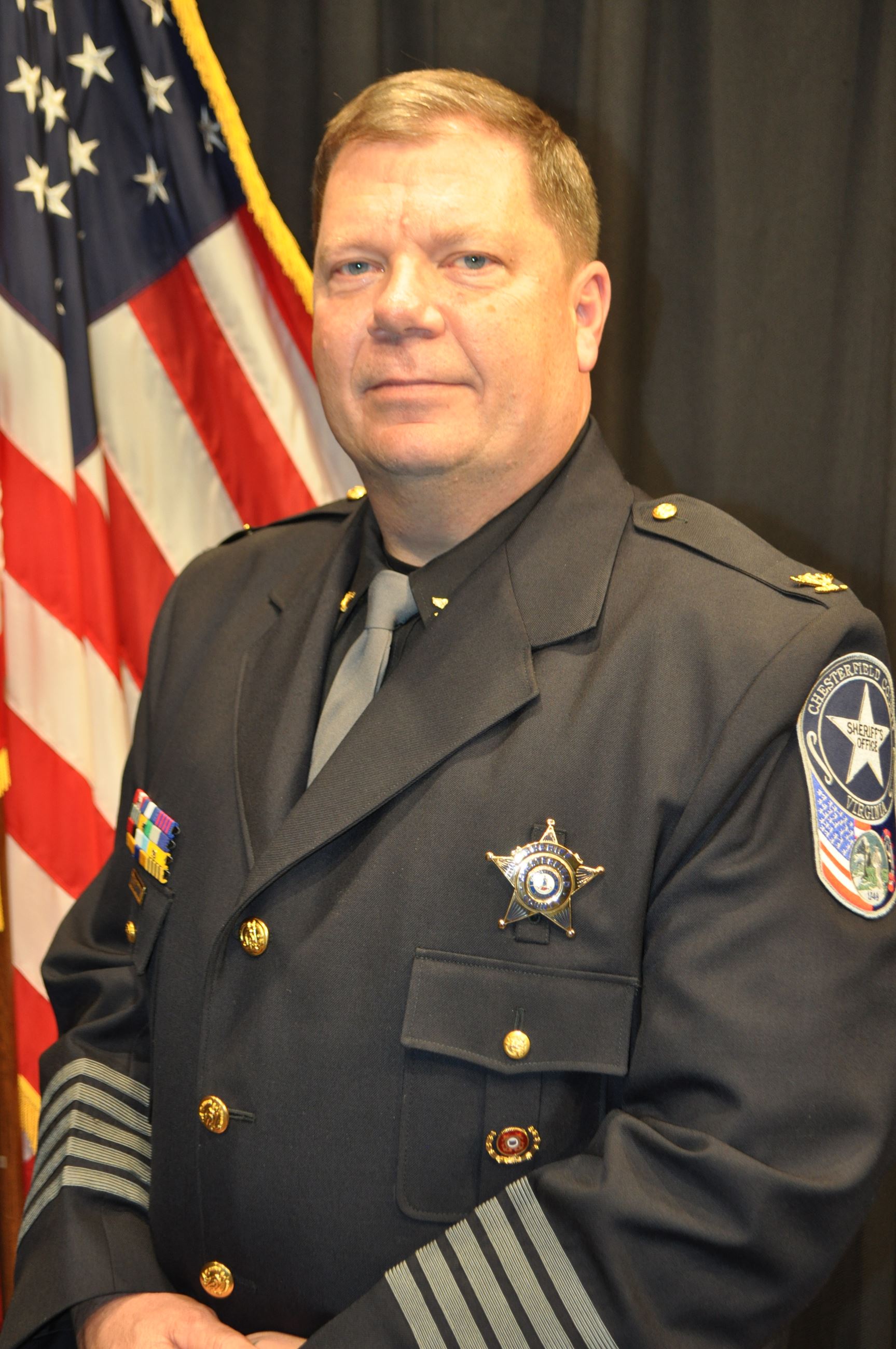 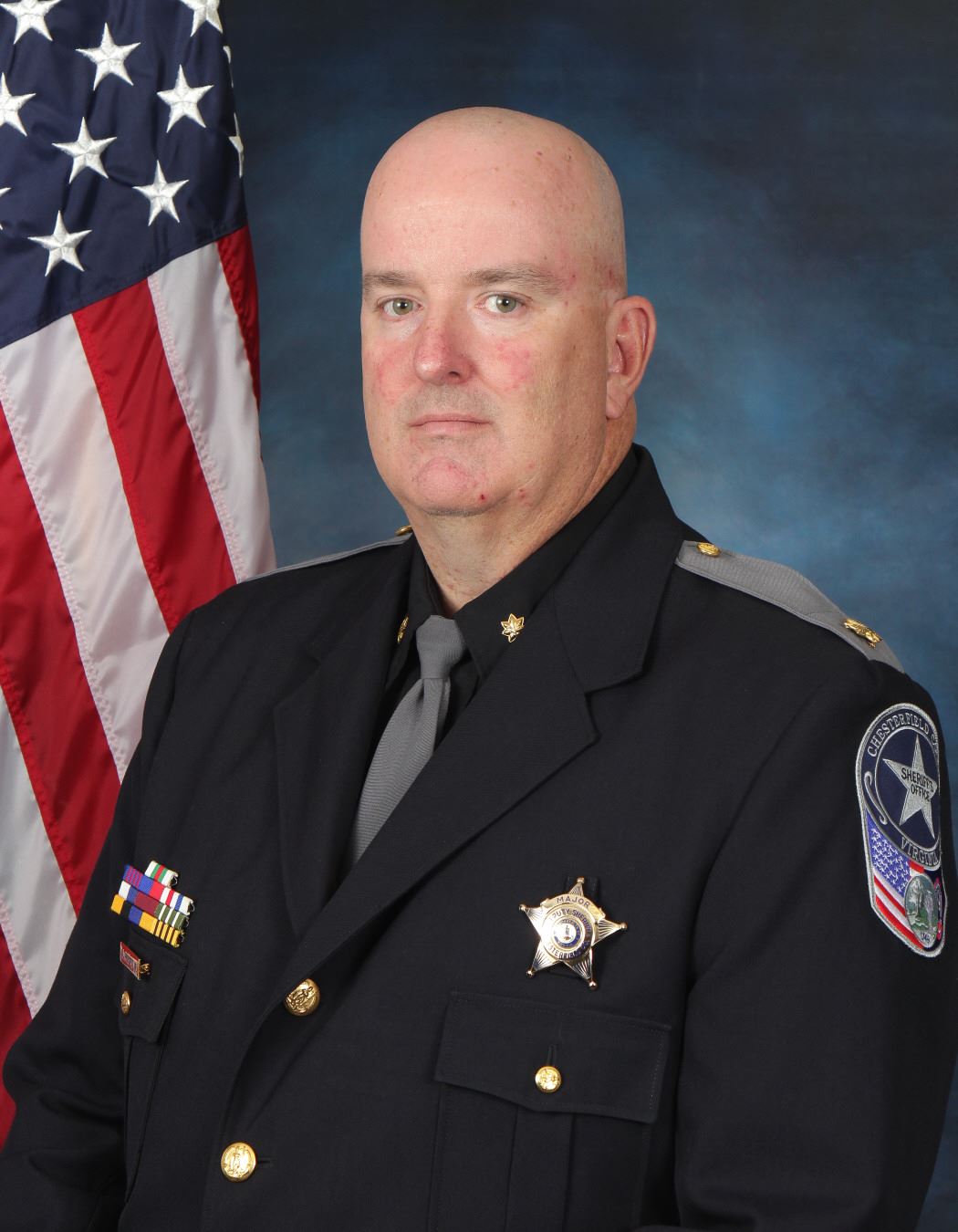 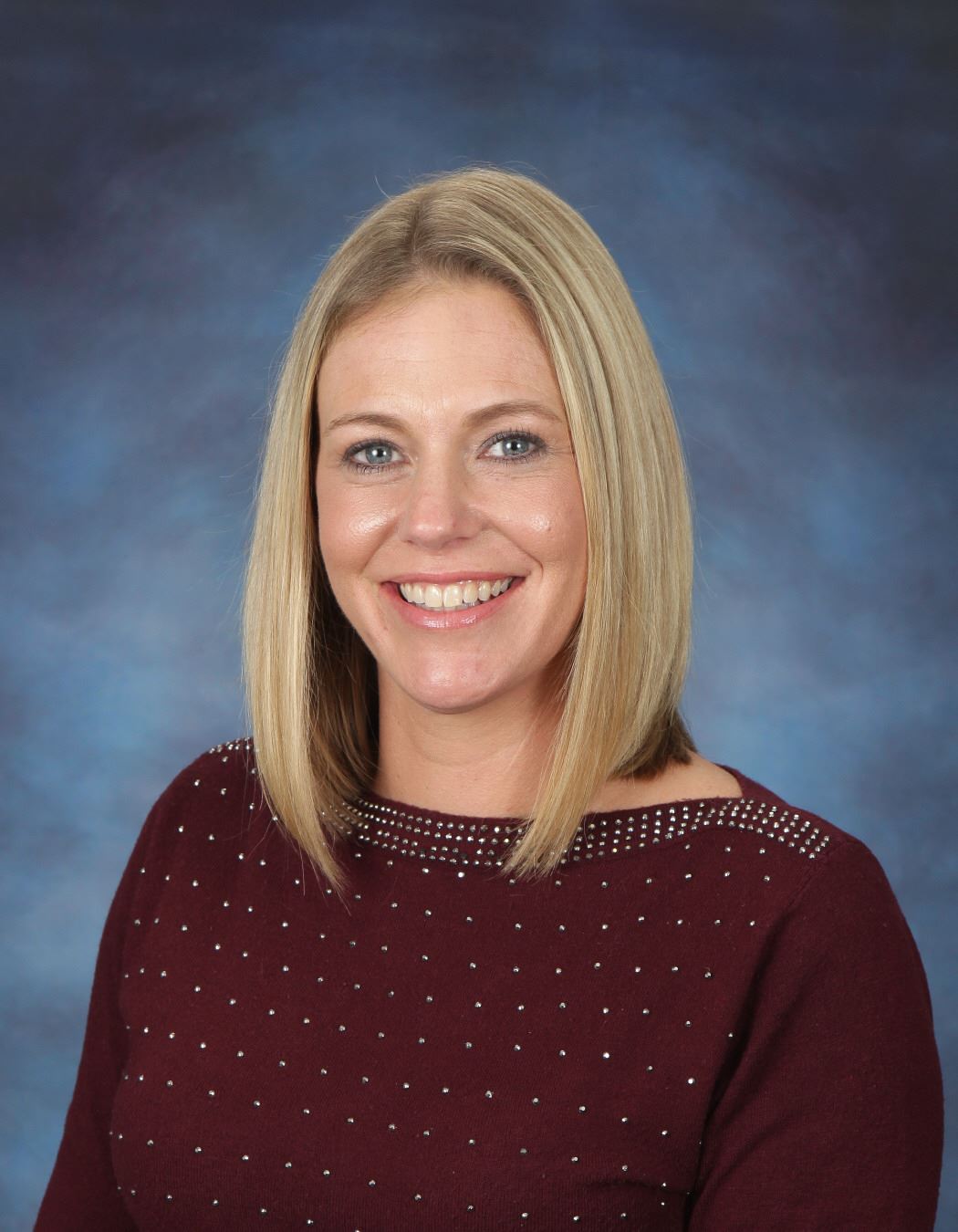