Eppington built circa 1768 in Chesterfield County, VA, was the home of Frances Eppes VI, a prominent farmer and brother in law of Thomas Jefferson. In 1989, Chesterfield County accepted the plantation house and 43 acres of land from the Hinds/Cherry family which includes the cemetery. Mary Ellen Howe triggered the property donation and referred to Eppington as the crown jewel of the county’s historic homes.

The plantation is registered as a National, Virginia State and Chesterfield County Historic Landmark. 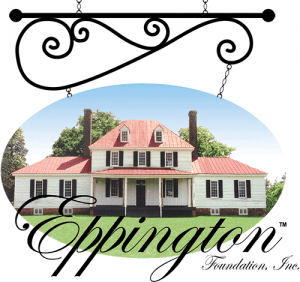