Christopher M. Winslow was re-elected as the Clover Hill District Supervisor in November 2019 and began his second term of four years on January 1, 2020. He was elected as the Board’s Vice Chair in 2021 and Chair in 2022. 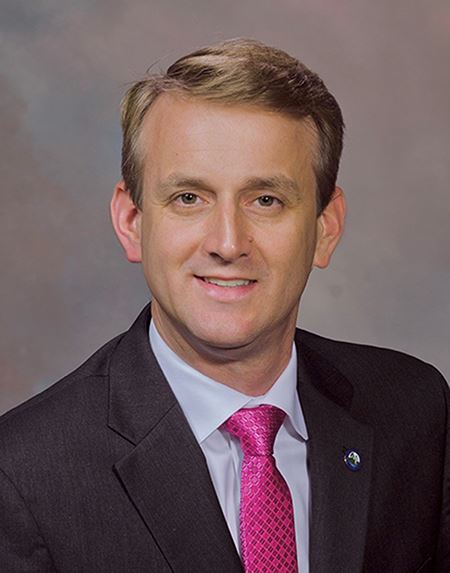 Mr. Winslow has been active in Chesterfield community affairs since 2007. He is former Adjutant of American Legion Post 186 and is past-President of the Midlothian Rotary Club. Mr. Winslow served as a member of Chesterfield’s Committee on the Future, a citizen advisory board charged with study and recommendation regarding long-range issues facing the county.

Mr. Winslow holds a Juris Doctor from Thomas Jefferson School of Law, a Bachelor of Arts in political science from Mary Washington College and a graduate certificate from the University of Richmond. Following undergraduate school, Mr. Winslow served as Legislative Assistant to Delegate Rob Bell (58-Albemarle) during the 2002 and 2003 General Assembly sessions.

In private practice, Mr. Winslow assists clients in a range of civil matters in General District and Circuit courts, the Virginia Supreme Court, and the United States Bankruptcy Court for the Eastern and Western districts of Virginia. He was recently awarded a seventh consecutive listing in Super Lawyers Rising Stars. Mr. Winslow taught as an adjunct professor in the undergraduate Political Science department at the University of Mary Washington for three years.

Mr. Winslow, along with his wife Kim and their daughter and son, live in Ashbrook Landing.