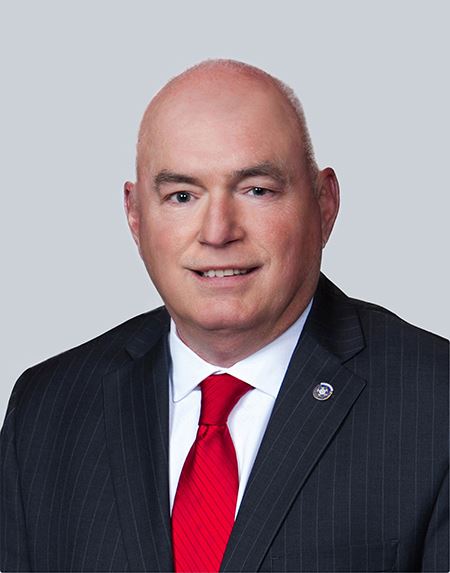 Mr. Carroll was selected to become a Chesterfield County Police Officer and took an oath to defend the Constitution of the United States and protect the members of his community in 1986.  He worked in Uniform Operations and then transferred to the Anti-Crime Task Force where he worked for six years. Colonel Carl Baker started a new unit in the department called the Major Case Section, and Mr. Carroll was assigned as one of the first detectives to the unit which specialized in major crimes investigations.  Mr. Carroll was promoted to Sergeant in 1999 and supervised officers in Uniform Operations, the Office of Professional Standards and the Criminal Investigations Bureau.

Mr. Carroll spent most of his career in a leadership role as a supervisor with the police department and as President of both the Virginia and Chesterfield Fraternal Orders of Police. As Legislative Chairman and President of the Virginia FOP, Mr. Carroll worked with members of the Virginia General Assembly, Virginia’s U.S. Congressional Delegation and several Governors on legislative and budgetary matters that impacted the entire Commonwealth of Virginia. Mr. Carroll was also regularly sought after as an issue expert on current public safety issues by local and state media outlets.

After 32 years of exemplary service with a long list of honors and achievements, Mr. Carroll retired in October 2018. After retiring, Mr. Carroll continued working part-time for the police department as a general instructor teaching firearms, Interview and Interrogation techniques and Constitutional Law to new recruits as he had done for the past 20 years.

Mr. Carroll will dedicate himself full time to the service of the people of Chesterfield County in his new role as Supervisor for the Matoaca District. Mr. Carroll will continue his service with the police department as a volunteer training instructor.

Mr. Carroll and his wife, Leanne, will live on Nash Road. He has two stepchildren, Lauren and Gabe, who attend Randolph Macon College.